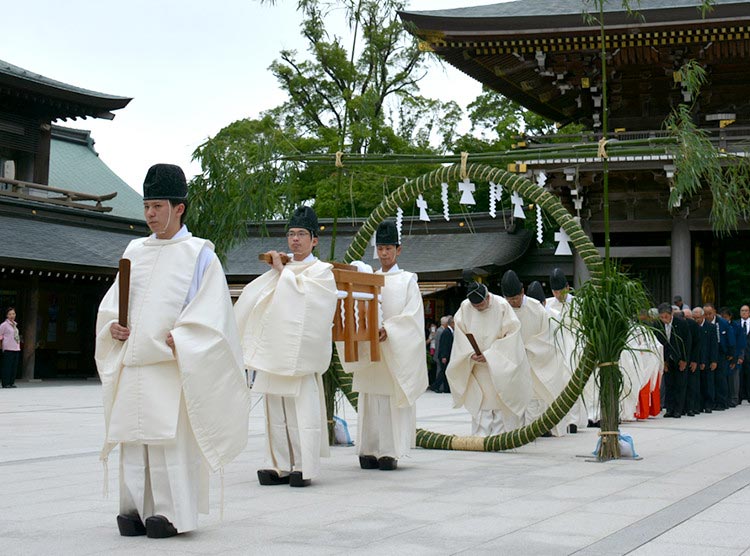 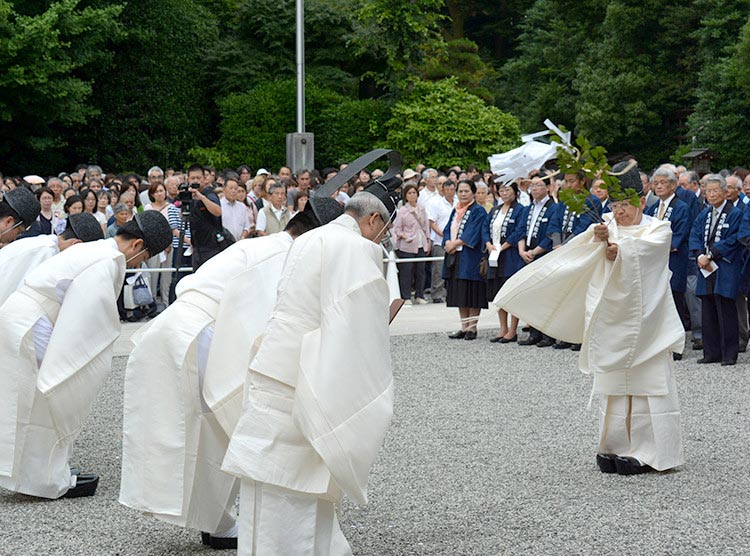 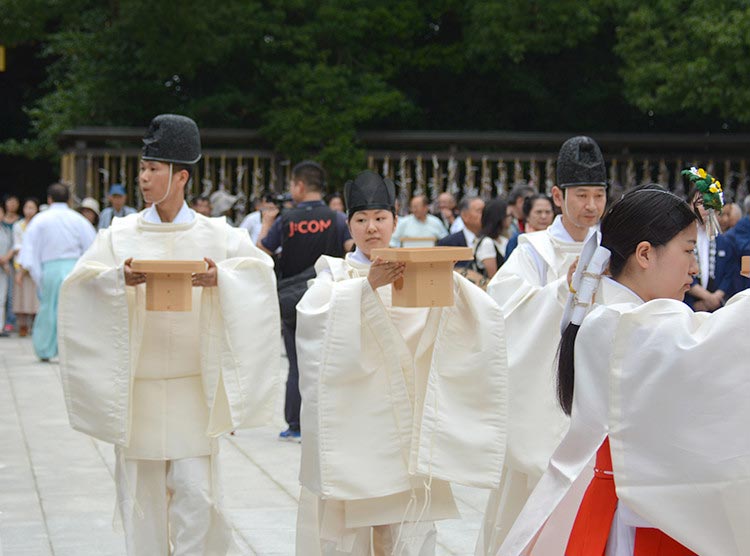 Oharae has been long held as a traditional Shinto ritual in order to purify oneself of pollution and misfortune that one has gathered during the last six months, so that one can reset body and soul in order to live the latter half of the year in peace. Generally, Oharae is held twice a year, in summer and winter. Oharae held in June is called “Nagoshi-no-Harae.” After serving “Oharae-Shi,” human effigies made of paper called “hito-gata” are for receiving the sins and impurities of others. Then one can pass through the Chi-no-wa three times in order to pray for the health and safety of the remaining six months.