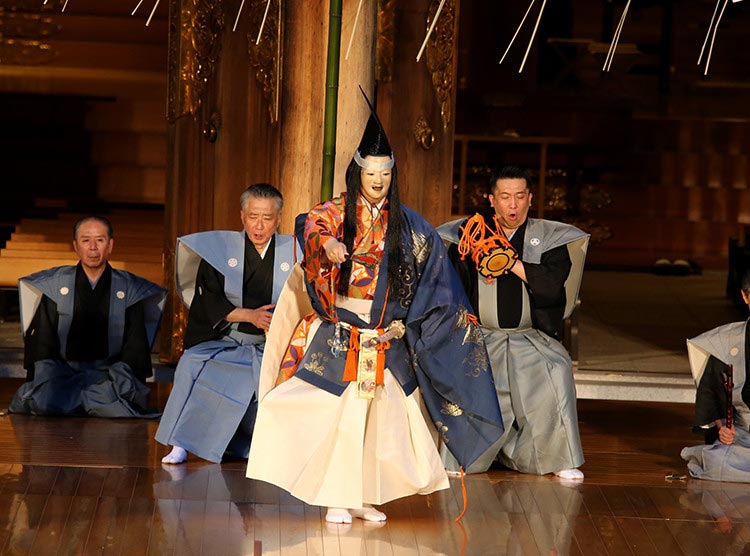 Sagami Takigi-noh
(Fire wood Noh, performed at night by the Light of Torches)

“Sagami Takigi-noh” started in 1970 and is held annually on August 15, the anniversary of the end of the World War Ⅱ. This ceremony is held to commemorate the spirits of those who lost their lives in the war, and to pray for everlasting world peace. After the ceremony announcing that Sagami Takigi-noh will be performed in the main building, a Noh play performed by the current masters will be presented. Under the summer night sky such a performance lit by torches in the Japanese traditional Shinto ritual will beckon the audience to a charming aesthetic realm.