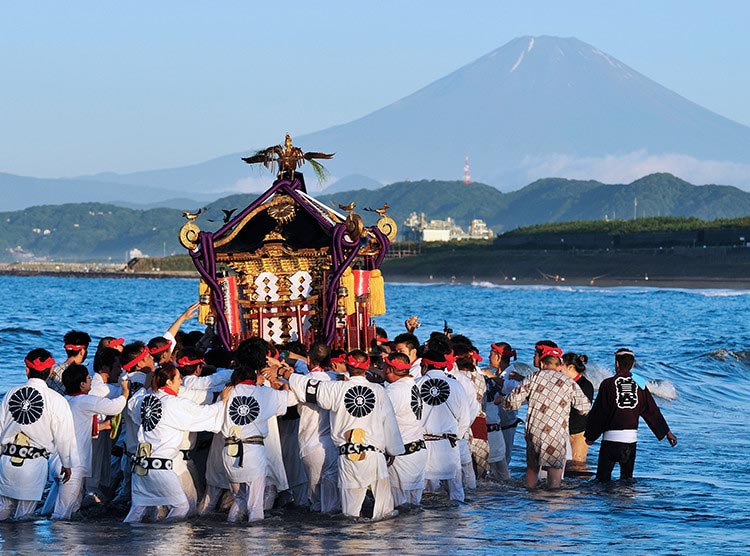 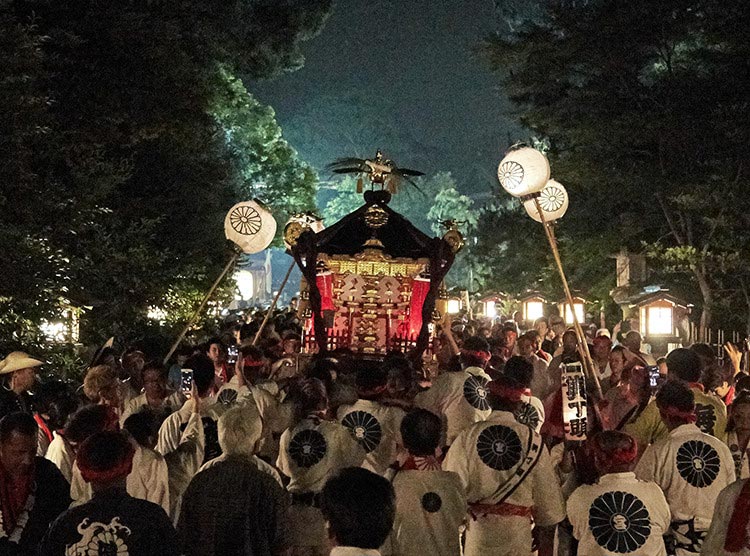 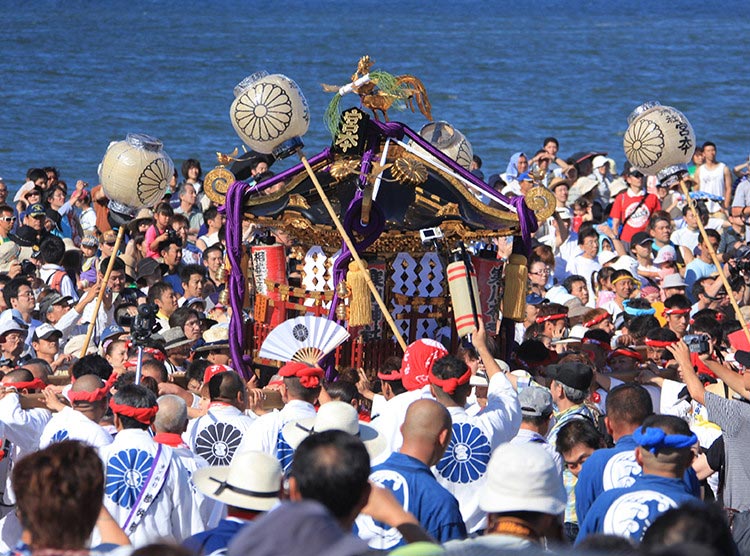 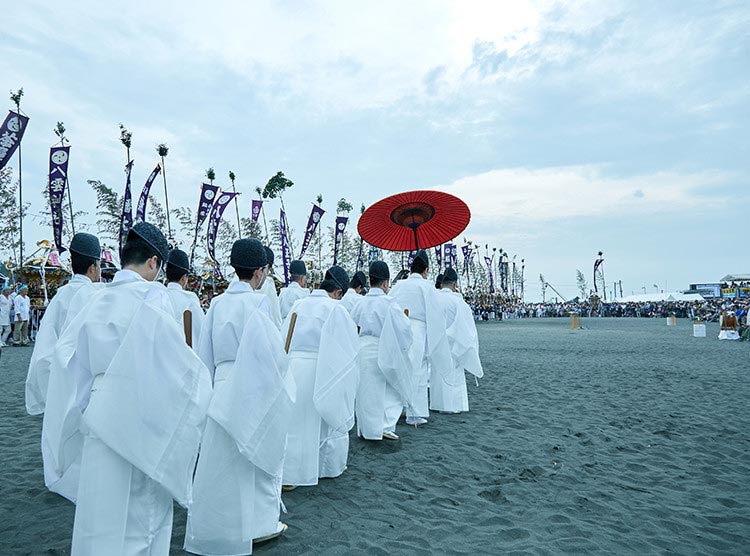 Hamaori-sai
(Festival for Bringing Portable Shrines into the Sea)

The summer festival unique to the Shonan region called “Hamaori-sai” is held at the beach on the coastline of Nishihama beach, Chigasaki in the early morning of Ocean Day in July. About forty portable shrines gathered together from Shrines including Samukawa-jinja Shrine, located in Samukawa-machi and Chigasaki-shi, together enter the ocean as day breaks. Because of valiant movement, “Hamaori-sai” is also called “Daybreak Festival,” which has been loved by local people as a seasonal tradition that announces that“summer has come to the Shonan region.” A gathering of such a large number of portable shrines is quite unusual even across the country. This rite has also been designated by Kanagawa Prefecture as an Intangible Folk Cultural Property.