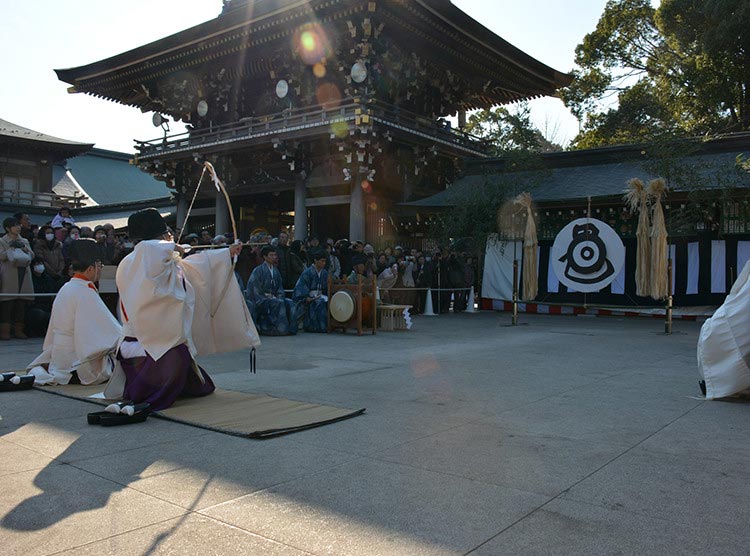 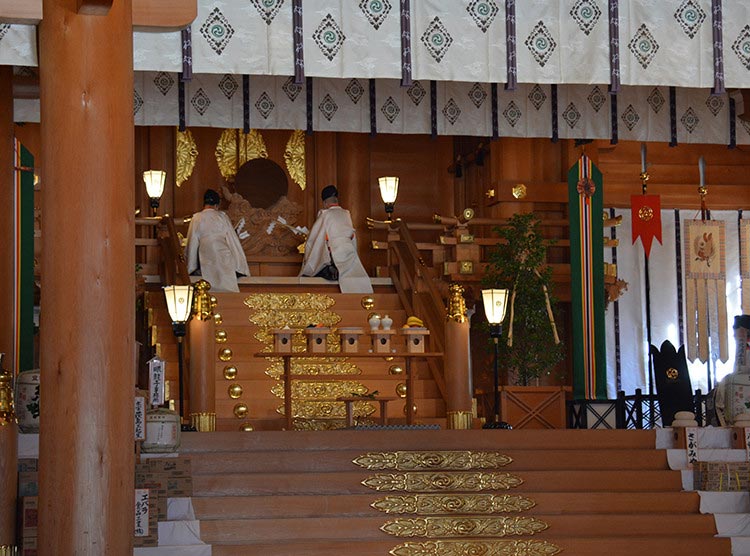 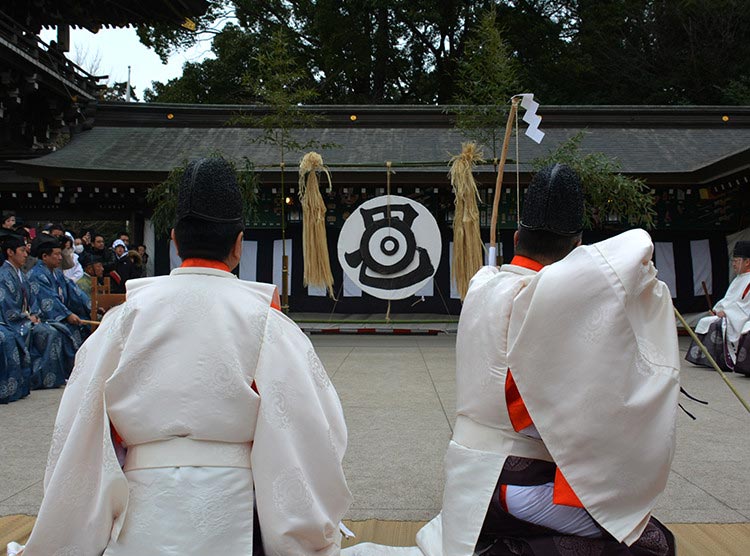 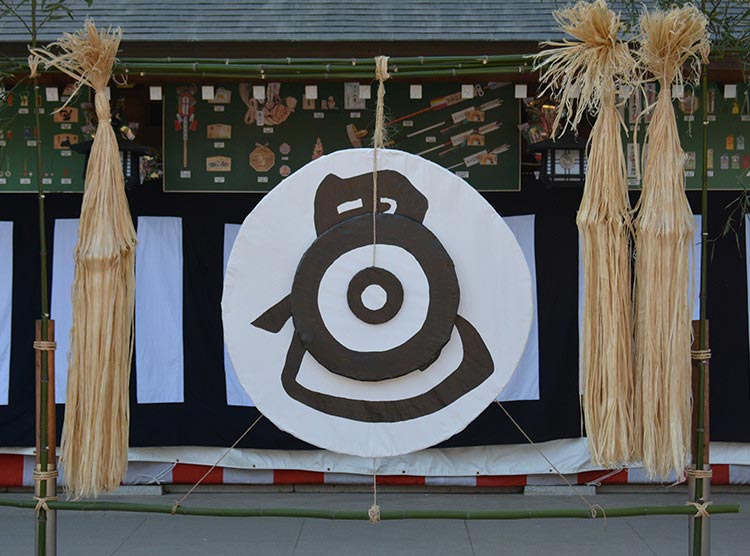 “Musayumi-sai” will be held on the day following the seventh of January for stamping out epidemics and telling about the coming events of the year. In the ceremony, a Shinto priest will release an arrow to the target on which the Chinese character “鬼(Oni)” that denotes “demon” is written. Depending on the spot struck by the arrow, the coming events of the year will be told. As the linens hung on side of the target are said to be the material for amulets for safe delivery, building operation, and the like, they are offered to worshippers after the ritual. The bamboo pole for holding the target is made from the boat pole used for crossing the river from “Ta-mura, Osumi-gun” (currently, Ta-mura, Hiratsuka-shi) to “Ichinomiyaryo-mura, Koza-gun”.