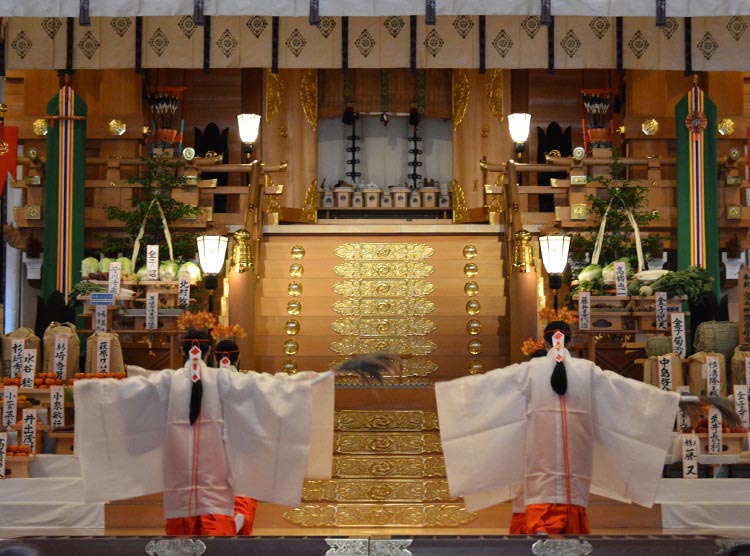 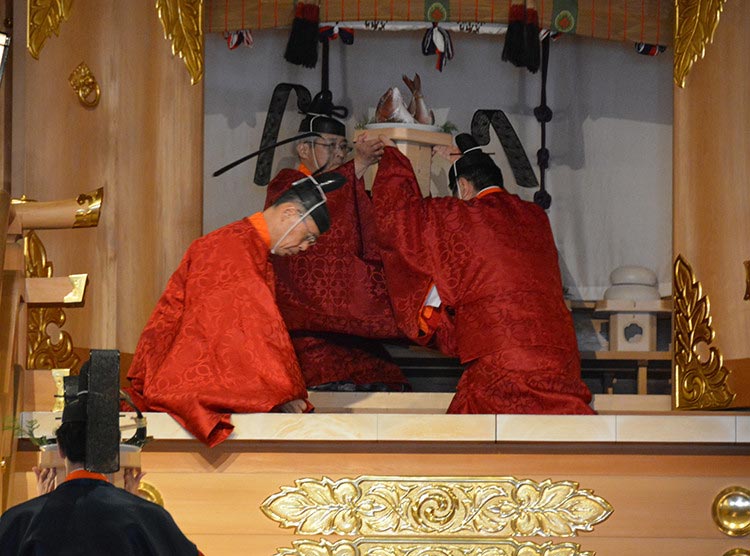 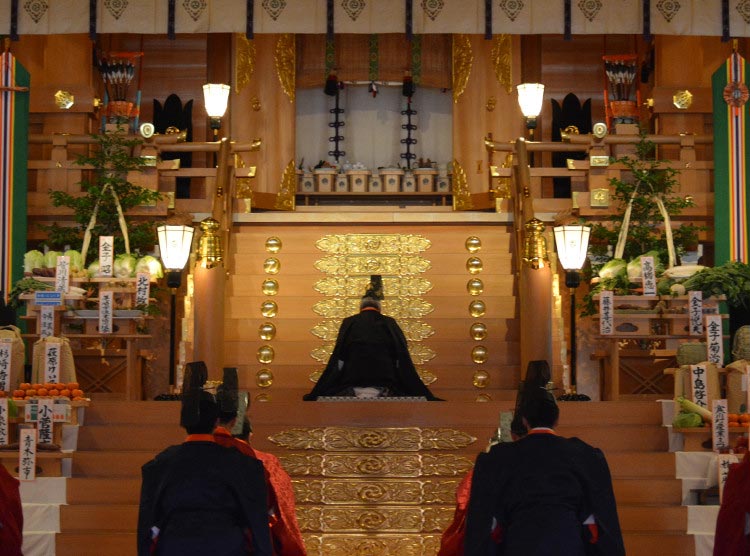 Niiname-sai, for giving thanks for a rich harvest, is one of the three major festivals, and is regarded as the most important ceremony among the regular festivals held at the shrine. As a counterpart of “Kinen-sai” held in spring, Niiname-sai is called the “autumn festival.” In the festival, various kinds of farm products including newly harvested rice and vegetables produced by local farmers are offered on the altar to the kami, expressing gratitude for a rich harvest. On the day of Niiname-sai, many shrine worshippers attend the festival, and the Shinto priests in “ikan-hitoe” (kimono and ancient head-dress) perform the ceremony in a solemn atmosphere.