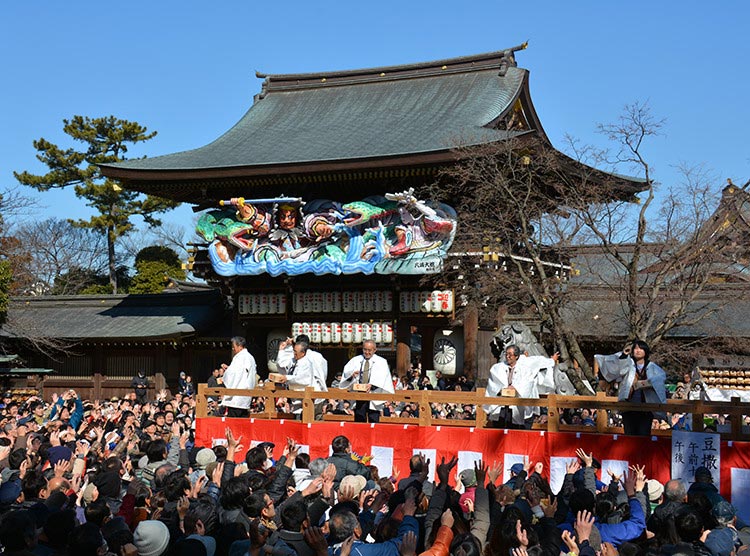 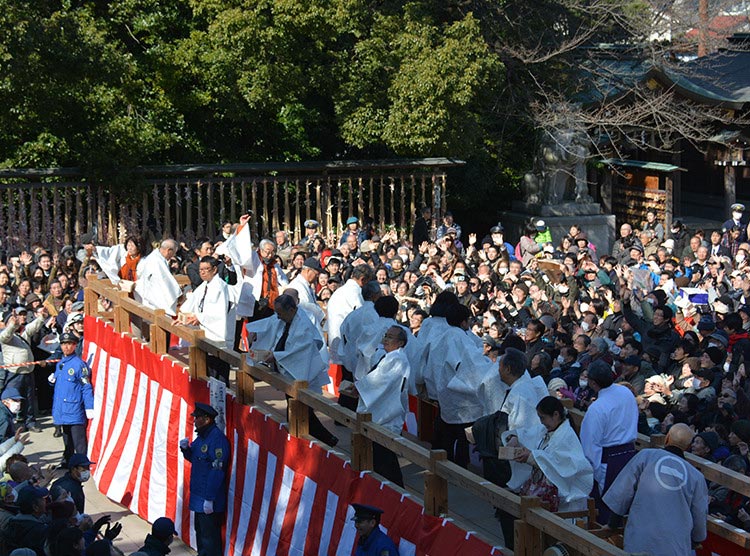 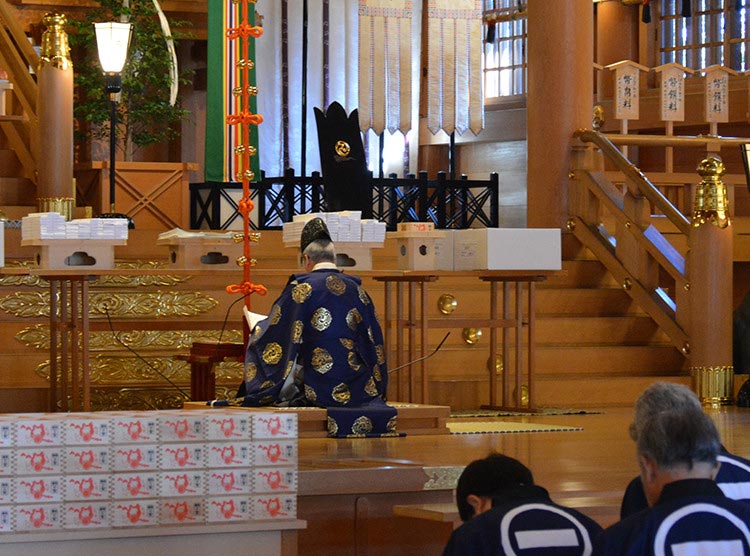 Setsubun-sai
(Festival for the Last Day of Winter)

Samukawa-jinja Shrine holds Setsubun-sai (the traditional end-of-winter festival), and Mamemaki Shinji (Bean-throwing ceremony) are held twice a day (in the morning and in the afternoon) for warding off impending evil spirits (demons) and disasters which have been believed from ancient time to be brought with the change of seasons. Firstly, Setsubun-sai is held in the main hall, and then Mamemaki Shinji is held where about 200 people--both men and women--who are born in the year current under the twelve-year cycle of the Chinese Zodiac throw beans up from a specially constructed building similar to a watchtower, in order to ward off evil by means of the sound of drumbeats. Every year, many people including small children and adults come to join the ceremony, seeking out the exciting atmosphere. This ceremony symbolizes the Japanese tradition of welcoming early spring.