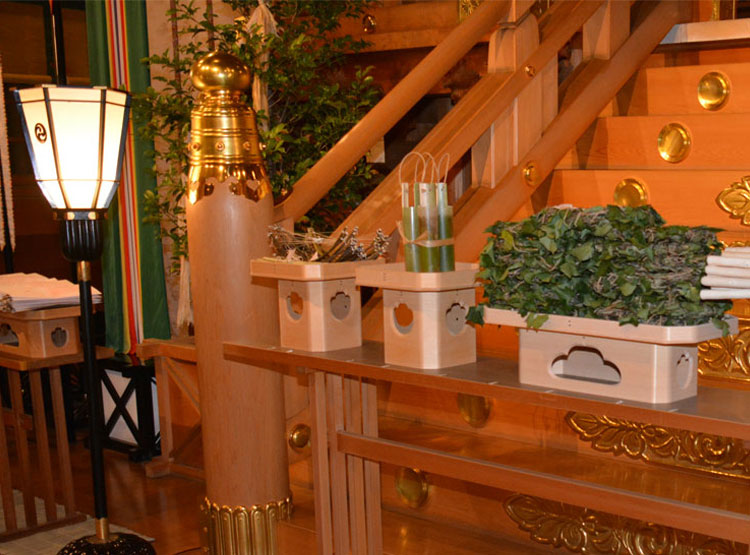 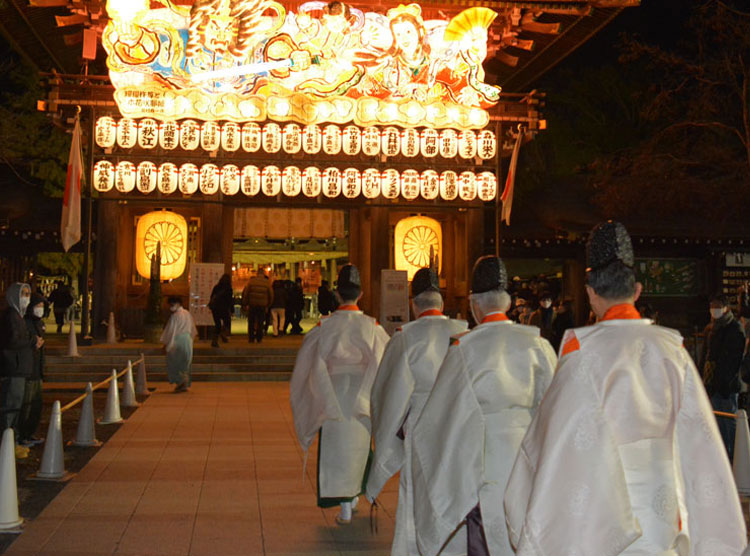 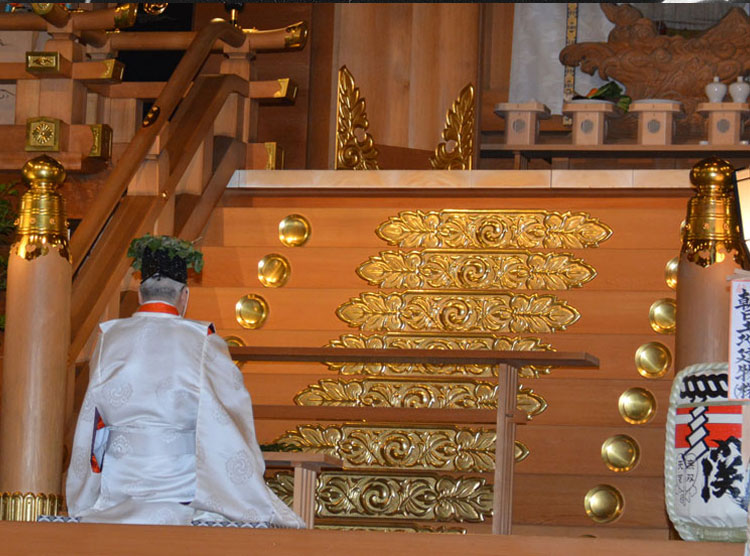 “Tsuina” is called “Oni Yarai” (expelling demons) a Shinto ritual for driving out evil spirits by presenting performance arts.  On January 2nd at 20:00, the festival staff who assists in the ceremony called “Saiin” will move in the dark precincts where all the lights are off while carrying ceremonial articles such as “Kabuto” (helmet), “Kanategi “(restraining tool), “Tachi” (sword), and chants “Namba-no-Koike” (sacred spring) to the sound of drumbeats.  The water drawn from the sacred spring for the kami called “Kiyosaki” is sprinkled over two spots in the precincts.  The highly ranked official called “Fukushi-cho” will chant words such as “Homotsu Kazoe, and the Saijin repeats those words in order to drive out evil spirits.  After the ritual, bows and arrows offered to the kami will be distributed to the attendants as an amulet against disaster.