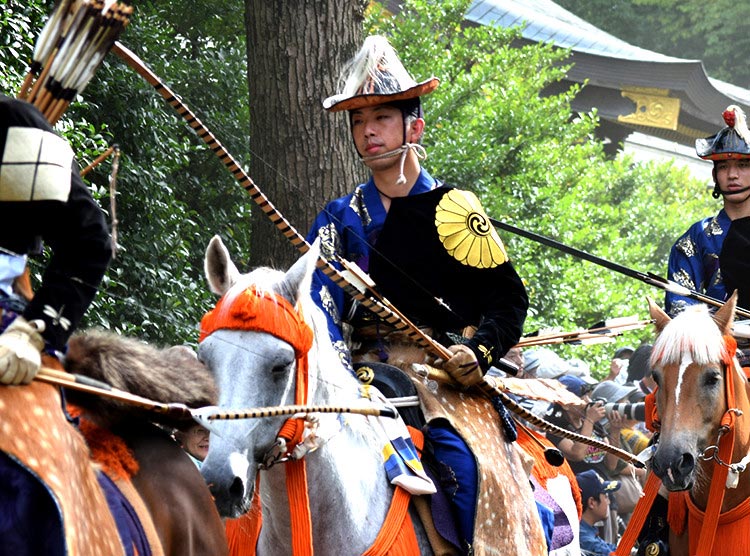 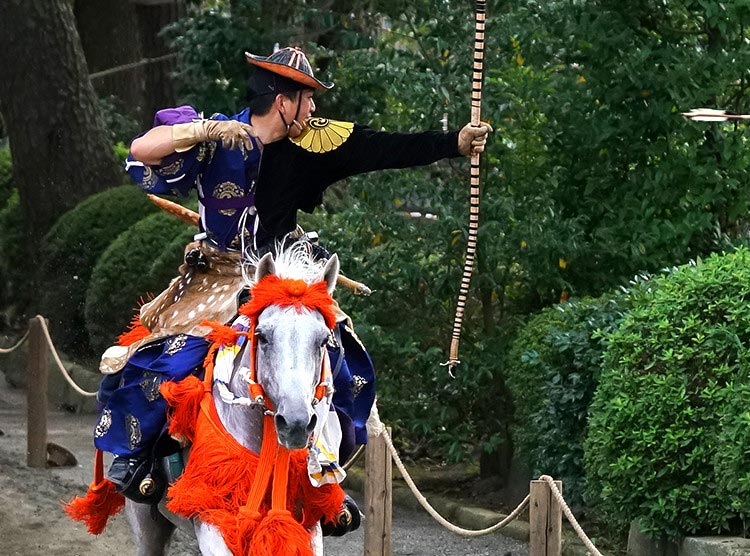 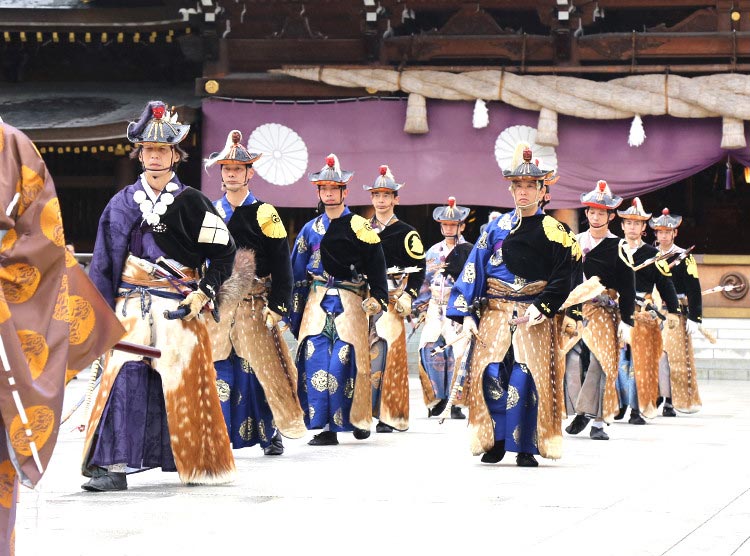 On September 19, the day before “Rei-sai (The most important festival)”, starting from 14:00, “Yabusame Shinji (Shinto ritual of Yabusame) is held at the riding ground to the west of the main building to pray for peace and a large harvest. This ritual has a long history dating back to Kamakura Era. In Samukawa-jinja Shrine, the family lines that had succeeded to the position of “Uma Dayu” (horseback rider with the highest rank) will perform such rituals as Yabusame. Currently, the Japan Equestrian Archery Association of Takeda school (publicly incorporated association) leads the ritual together with Shinto priest as the archer. Yabusame, in which the person shoots an arrow from a galloping horse in the traditional Japanese manner always fascinates the audience.